All You Need To Know About The GHS System

If you work with chemicals and have questions about the GHS system, you’re not alone. Many people wonder who it pertains to, which agency governs GHS, and even more specifically, what it is exactly. We’d like to help demystify it. 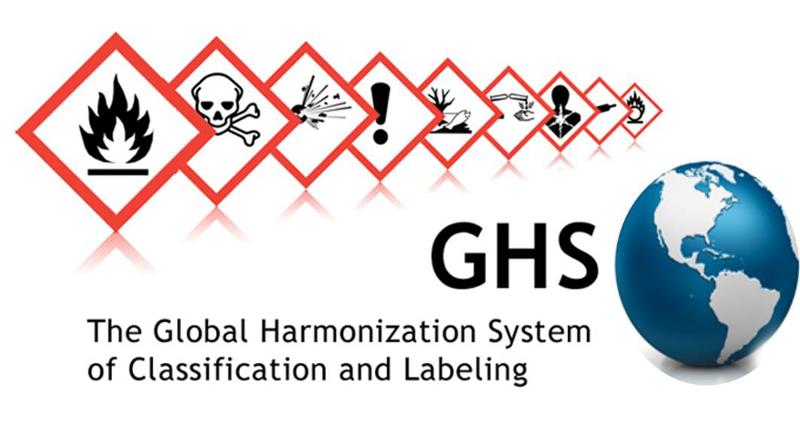 GHS: The Who, What, and Why
GHS stands for the Globally Harmonized System of the Classification and Labelling of Chemicals. It essentially is a set of guidelines that ensures safe production, handling, use, transport, and disposal of any hazardous materials. Developed by the United Nations its purpose is to make universal regulations for safer chemical use and transport. As well as a safer work environment around the world.

While no country is officially required to make use of the GHS system (it is not a law or rule), it works as an international set of recommendations; each country can tailor GHS to their specifications and adapt it, or incorporate it into existing regulations. Over 65 countries currently have adopted (or are adopting) the GHS system. The U.S. officially adopted the system in March 2012.

GHS: The Details
Many have wondered what falls under GHS categories, and what has changed since the system was adopted. Prior to GHS, there was OSHA’s Hazard Communication Standard, which was revised to align with GHS; the revision is called HazCom 2012. The biggest changes are those involving safety data sheets, safety labels, and chemical classification.

The system defines the health, environmental, and physical hazards of chemicals, communicates those hazards in a clear, uniform way and classifies these chemicals while defining their hazards. While OSHA is the main U.S. agency to classify and communicate chemical hazards, GHS actually falls under the domain of three other U.S. agencies as well: the EPA, the DOT, and the Consumer Product Safety Commission (CPSC). The three mainly follow OSHA’s standards and revisions.

GHS and Your Business
While the GHS revisions that resulted in OSHA’s current hazardous chemical regulations did not result in huge changes, there are certainly changes to be informed of. Mainly, companies will (or have had to) reclassify chemicals according to GHS criteria and reformat all safety data sheets and safety labels accordingly. It’s also important that all workers be thoroughly trained in the new system.

While changes can be difficult and costly to a company in the beginning, it’s expected that the GHS system adoption will lead to significant cost savings over time, and will save lives in the process.

Self cross-linking emulsion with good gloss for flexo and gravure printing. more info

Ottopol 523 is an anionic hydroxyl functional acrylic emulsion. The functionality allows the polymer to cross-link with melamine or aziridine. more info

What is Gravure Printing?

What is gravure printing? To understand rotogravure printing, a brief primer of intaglio is required. Intaglio is the process used in printing and printmaking in which an image is incised into a surface and where [...]

We use cookies on our website to give you the most relevant experience by remembering your preferences and repeat visits. By clicking “Accept”, you consent to the use of ALL the cookies.
Cookie settingsACCEPT
Manage consent

This website uses cookies to improve your experience while you navigate through the website. Out of these, the cookies that are categorized as necessary are stored on your browser as they are essential for the working of basic functionalities of the website. We also use third-party cookies that help us analyze and understand how you use this website. These cookies will be stored in your browser only with your consent. You also have the option to opt-out of these cookies. But opting out of some of these cookies may affect your browsing experience.
Necessary Always Enabled

Any cookies that may not be particularly necessary for the website to function and is used specifically to collect user personal data via analytics, ads, other embedded contents are termed as non-necessary cookies. It is mandatory to procure user consent prior to running these cookies on your website.